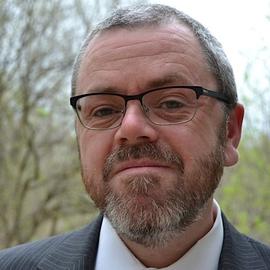 I’ve been programming since the mid-80’s when I taught a turtle how to walk with the Logo language. While in college, I used Fortran and assembler to model harmonic oscillations and the movement of gas particles (among other things). After beginning my career as an actuary, I migrated to Visual Basic, which I used to automate various office tools like Excel, Access and Word. My proudest accomplishment is the creation of a self-destruct button in the console of a data support system for commercial general liability. (No actual harm befell anyone’s computer; the screen merely went blank for ten seconds.)

I first came across R in 2009, and became an active user over the next few years. After incorporating it into my day-to-day actuarial work, I began teaching others how to do the same as one of several instructors for R workshops and seminars offered by the Casualty Actuarial Society (CAS). A frequent speaker and instructor, I’ve presented on R at numerous events. I’m the author of the raw, and RepResTools packages, available on CRAN, as well as many other code examples on GitHub. I am the author of “R for Actuaries and Data Scientists with Applications to Insurance”, published by Actex.

I’ve been an actuary since the mid-90’s, having begun my career calculating defined benefit pensions. I switched over to general insurance shortly thereafter and have spent most of my career focused on commercial liability coverages. Over a decade of that time was spent in reinsurance, first in Chicago, then in Germany serving an international set of clients. I’ve been a staff actuary with the CAS since 2018. In addition to my duties there, I am the founder of PirateGrunt LLC, a niche consultancy focused on R training and predictive modeling for the insurance industry.

I live in Durham, North Carolina with my wife and two children. When not programming, working, or writing, I cook, blog, travel, read comic books, take long walks, record a podcast, ride roller coasters, and drink coffee, though not necessarily in that order.